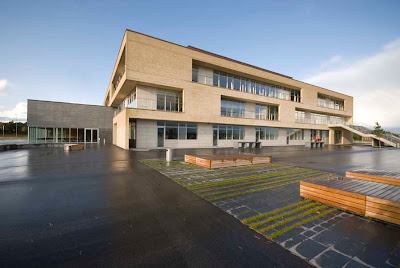 The A. P. Møller School designed by C.F. Møller Architects has won both theprestigious 2010 RIBA European Union Award and the 2010 Worldwide Brick Award.The school is located on a scenic site in Schleswig in Germany. The site’sinteraction with the town of Schleswig and the picturesque landscape of SchleiFjord was a primary generator of the design. 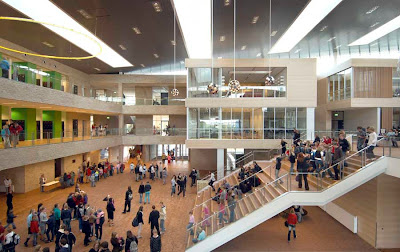 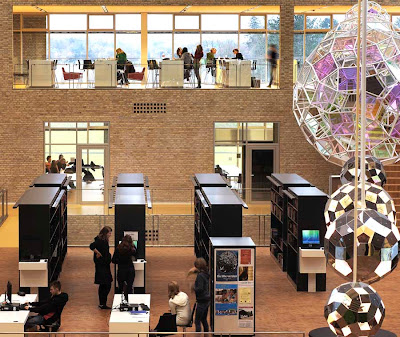 The positive effect of the architecture canperhaps best be explained by the Director of the A. P. Møller School, JørgenKühl : “The generous spaces flooded by daylight and the exceptionally goodacoustics in every part of the building are creating a positive and motivatinglearning environment. During the first year, we have found that the studentshave been performing considerably better. The building facilities, and theoptions for flexible, personalised learning they provide, play a vital part inmotivating the students, resulting in them exceeding our expectations, andwanting to spend more time at school.”

“These prizes confirm the positive feedback wehave had regarding the building’s function and atmosphere, which are the mostimportant design issues for us,” states partner in charge of C.F. MøllerJulian Weyer, “We are extremely happy to receive an RIBA Award, especiallysince it is awarded only on the basis of a serious evaluation where thecommittee personally visits the nominated buildings and focuses on much morethan mere looks. The Worldwide Brick Award is a further recognition of theschool’s design quality in creating a wonderful environment for the studentsand teachers. ’

Earlier in 2010 the A. P. Møller Schoolwas similarly selected as a finalist for the German Architects AssociationBDA’s grand architecture prize. 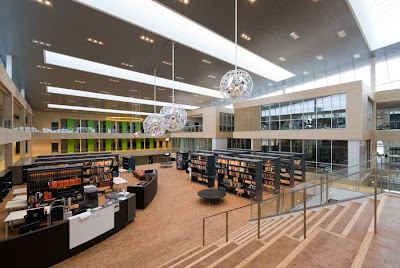 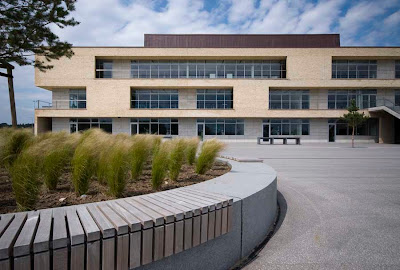 The A.P. Møller is a school for the Danish School Association ofSouthern Schleswig donated by the The A. P. Møller and Chastine Mc-KinneyMøller Foundation.www.e-architect.co.uk/germany/ap_moller_school.html