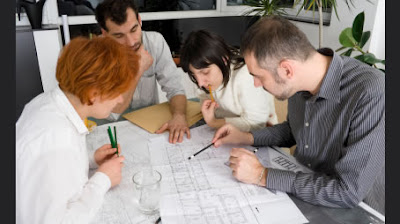 Types of construction contracts/The Nature of Construction Contracts
A contract is an understanding madebetween two or more persons, by which rights are acquired on the one side toacts or forbearances on the other. To make an agreement which results in acontract, there must be an offer and acceptance which leads to a binding forceof obligation.

A lump sum contract is an agreement pursuant towhich one party consents to pay another party a set dollar amount forcompleting the work or providing the goods described in the agreement.Typically, lump sum contracts do not require contractors to provide a detailedbreakdown of costs. Rather, the payment of the total contract price is linked to the contractor completingall of the work specified in the contract.

Under thisarrangement the contractor is reimbursed for the actual cost of labor andmaterials, plus charges a fee (typically an agreed-upon lump or percentage ofthe total costs) for overhead and profit. This arrangement seldom begins with a blank slate regardingspecifications and costs. Rather, the consumer and contractor will create alist of specifications and an estimated budget to match to thosespecifications.  Although the contractorunder this arrangement will have to keep copious records of its costs, most residentialconsumers in a cost-plus arrangement suffer from kid-in-a-candy storeitis and overspend.One way to prevent breaking the budget is to set a guaranteed maximumprice.  However, even a maximum pricewill not alleviate problems.

In a unitprice contract, the risk of inaccurate estimation of uncertain quantities forsome key tasks has been removed from the contractor. However, some contractorsmay submit an “unbalanced bid” when it discovers large discrepancies betweenits estimates and the owner’s estimates of these quantities. Depending on theconfidence of the contractor on its own estimates and its propensity on risk, acontractor can slightly raise the unit prices on the underestimated tasks whilelowering the unit prices on other tasks. If the contractor is correct in itsassessment, it can increase its profit substantially since the payment is madeon the actual quantities of tasks; and if the reverse is true, it can lose onthis basis. Furthermore, the owner may disqualify a contractor if the bidappears to be heavily unbalanced. To the extent that an underestimate oroverestimate is caused by changes in the quantities of work, neither error willeffect the contractor’s profit beyond the markup in the unit prices.

This isanother form of contract which specifies a penalty or reward to a contractor,depending on whether the actual cost is greater than or less than thecontractor’s estimated direct job cost. Usually, the percentages of savings oroverrun to be shared by the owner and the contractor are predetermined and theproject duration is specified in the contract. Bonuses or penalties may bestipulated for different project completion dates.

When theproject scope is well defined, an owner may choose to ask the contractor totake all the risks, both in terms of actual project cost and project time. Anywork change orders from the owner must be extremely minor if at all, sinceperformance specifications are provided to the owner at the outset ofconstruction. The owner and the contractor agree to a project cost guaranteedby the contractor as maximum. There may be or may not be additional provisionsto share any savings if any in the contract. This type of contract isparticularly suitable for turnkey operation.