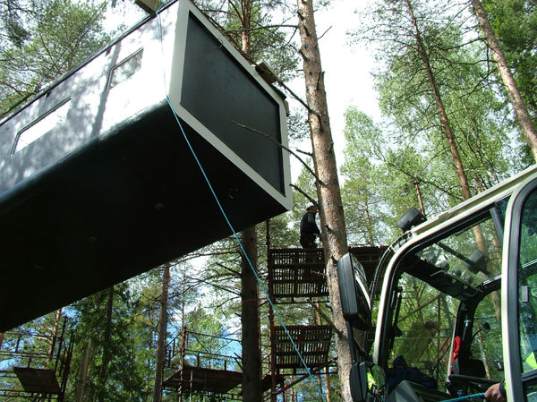 A Treehotel in Sweden which opened this month has been attracting the attention of tourists and local citizens alike. Set in the pristine surroundings of the forests of the country, the hotel is actually a series of prefabricated treehouse units which have several sustainable features incorporated in it. 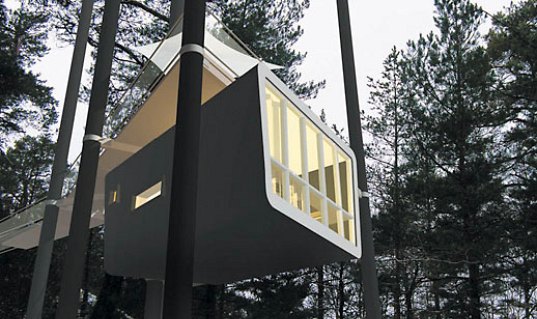 The hotel is located just miles away from the Artic Circle, which is a favourite with tourists visiting the country. The hotel looks as if it is hanging with the support of adjoining trees, while actually it is supported by them. 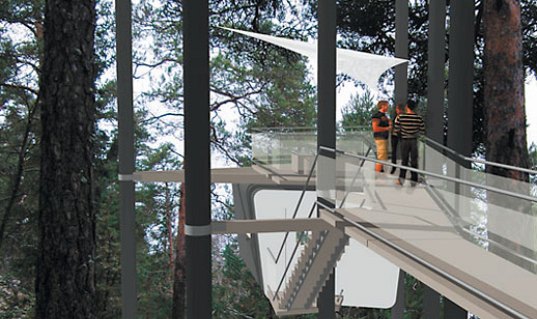 The hotel units will be accessible by rope bridge, with each one of them providing accommodation for two, with a double bed, kitchenette and roof terrace. 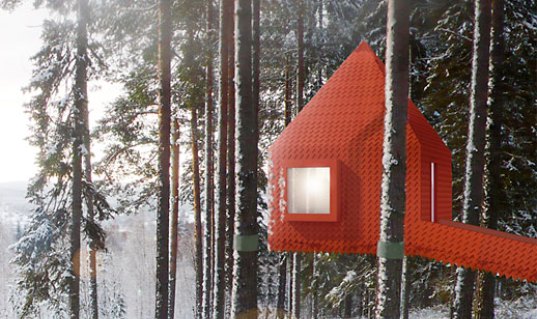